‘What is mine is mine, and what is yours will be mine’ – opinion

Q. Why are you focusing on Koenig’s Sphere?

A. The Sphere was created as a kinetic fountain sculpture for the World Trade Center Plaza between 1967 and 1972. It is not only one of Koenig’s most monumental bronze sculptures, but his miraculous survival from the terrorist attacks of September 11, 2001 made the work instantly famous, and changed its trajectory from a public monument to a symbol of hope and defiance in the face of terror. Less than six months later, the sculpture was erected as a temporary memorial in Battery Park, where it stood for 15 years.

Sadly, Koenig passed away in early 2017, several months before his Sphere has been moved to the World Trade Center site. What fascinated me about this most recent history of the Sphere was the vigorous and unwavering advocacy of the 9/11 families for the reinstatement of the artwork in the 9/11 memorial site, an idea long fought against by officials at the National 9/11 Memorial, which had replaced the Sphere as a permanent memorial of September 11 in 2011.

It is this fascinating story of the Spherethe transformation from monument-fountain to memorial; and the policy of remembrance surrounding its return to the World Trade Center site, which sparked the idea of ​​an exhibition on the occasion of the 20th anniversary of September 11.

Q. Did the events of 2020-21 – the pandemic, social movements / protests, political changes – help shape the exhibit?

A. Absoutely! Over the past year, statues of Christopher Columbus, Confederate generals and other historical figures have been spray painted, beheaded, thrown from their pedestals and thrown into harbor docks in a global wave of protests against racism, white supremacy and the legacy of colonialism. As an art historian, I felt that this historic moment demanded that we take a closer look at long-held assumptions about public monuments, memorials, and our own memorial traditions.

Even before the events of the summer of 2020, the violent clash between white supremacists and counter-protesters over the removal of Confederate monuments in Charlottesville, Virginia in 2017 raised important questions about the role of public monuments and memorials. in civil society and the public. speeches: What are the appropriate means of commemorating or commemorating important historical places and events, or the achievements of historical or contemporary figures? What role do art and architecture play in mediating history and / or memory for future generations?

None of these questions can be answered definitively or unequivocally. But the present moment shows how important it is to engage in the politics of memory and that we need to understand our past to forge a better future.

Our exhibit does this by highlighting three distinct but related sections: We focus on the memory of 9/11 by taking a close look at the Sphere; the Columbia campus as a place of memory and historical archives; and, finally, our current struggle to capture, visualize and commemorate the enormous impact of the COVID-19 pandemic on the communities of Harlem and Morningside Heights.

Q. How did you select the Columbia works that are featured on the show?

A. For me and the team of graduate student curators who helped put this exhibit together, it quickly became clear that Columbia is the glue that holds the three sections of our exhibit together. While the first section focuses on the memory of 9/11, it is the memorial traditions we have established here on the Morningside campus that connect us in a powerful way to the World Trade Center site downtown and to the rituals of remembrance. that take place there.

While the annual 9/11 commemorations in Columbia leave no physical traces, the Morningside campus is dotted with other more permanent memory markers in the form of monuments erected since the university moved to Morningside Heights in 1897. We have chosen some of the most important for our exhibition: the Daniel Chester French statue in 1903 Foster mother, which was commissioned as a memorial to Robert Goelet Jr. by his wife, Harriette; The statues of William Ordway Partridge Alexandre hamilton (1907), Thomas jefferson (1914), and John Howard Van Amringe (dean of Columbia College from 1911 to 1922); and the bas-relief by James Edward Kelly commemorating the Battle of Harlem Heights.

A deep dive into the Colombia Archives, our institutional memory, has enabled us to shed light on the history of these memorials and the forgotten stories that significantly surround them. Whether it’s correspondence or historical photos, the original Butler Library Banner from 1989; or the memories left at the ephemeral memorial of Judge Ruth Bader Ginsburg in 2020, in front of Foster mother; the Columbia Archives and the Collection of art properties were treasures which yielded many wonderful items for our exhibition.

‘Monuments and Memory’, the graduate curatorial seminar I taught this summer that informed our exhibit and allowed graduate students to participate in fitness The way we remember has been for me one of the highlights of the entire academic year.

By writing thrillers, the author has become an expert on the Middle East

I signed up to help the students cheat, but it was more complicated than I thought. 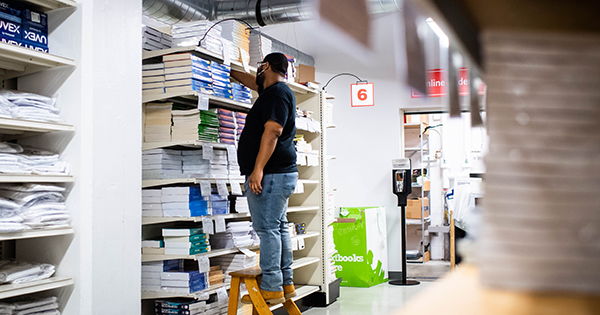 Manuals 101: Before Buying Or Leasing, Here’s What You Need To Know BU today